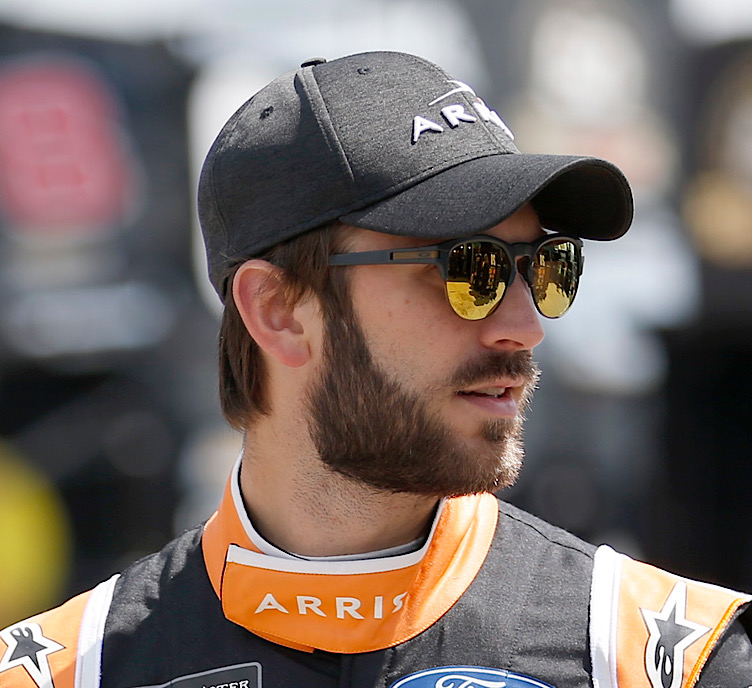 After marching to the 2016 Xfinity Series championship in a breakthrough season that saw Suárez become the first Mexican-born driver to win a NASCAR national series race, Suárez was thrust into the NASCAR Cup Series in 2017. In two seasons with Joe Gibbs Racing (JGR), Suárez made 72 starts. He tallied 21 top-10 finishes with a best result of second on July 29, 2018 at Pocono (Pa.) Raceway, a race where Suárez led the field after securing his first career NASCAR Cup Series pole a day earlier.

But Suárez is used to winning, and he has constantly parlayed success to advance his career.

Before reaching the pinnacle of stock car racing, Suárez’s racing career began in his native Mexico in 2003. His initial foray into motorsports came via a family acquaintance, whose son was into karting. A young Suárez ventured out to the track with the family for fun, but immediately caught the racing bug. Over the next few years, Suárez dedicated himself to karting. He became a two-time Mexican national karting champion (2004 and 2008) and twice earned a spot to compete in the Rotax MAX Challenge Grand Finals karting event – 2004 in Spain and 2008 in Italy.

Suárez augmented his karting in 2008 with a full schedule of mini-stock races, an official NASCAR PEAK Mexico support series featuring four-cylinder stock cars. He finished the season with the most wins and returned on a part-time basis in 2009 as he reached for the next rung on the racing ladder.

Suárez made his NASCAR PEAK Mexico Series debut on Sept. 6, 2009 at Autodromo Miguel E. Abed in Amozoc, Mexico. He finished 14th in the first of his four races that year before embarking on a fulltime season in 2010. With five top-10 results highlighted by a best finish of fifth on Aug. 22 at Autodromo de Monterrey, Suárez won the 2010 Rookie of the Year award.

Suárez’s sophomore season in the NASCAR PEAK Mexico Series delivered three poles and a ninth-place finish in the 2011 standings thanks to three top-fives and seven top-10s. Beyond those statistics, 2011 proved pivotal for Suárez as he raced for the first time on U.S. soil.

On Jan. 29, 2011, Suárez competed in the Toyota All-Star Showdown at Irwindale (Calif.) Speedway, qualifying 12th and finishing 11th in the 40-car field. A partial NASCAR K&N Pro Series East and West schedule followed, with Suárez running a total of nine races with a best finish of fifth at Columbus (Ohio) Motor Speedway.

Suárez’s first journey to the United States came earlier that January when he departed the warm environs of Mexico for the blustery chill of Buffalo, New York. He lived with Troy Williams, a team owner in the NASCAR K&N Pro Series who mentored Suárez. But after weathering the snowy winter months of Buffalo, Suárez headed back to his home country when funding fell short of him being able to complete the season.

After coming back to Mexico, Suárez focused on a return to the U.S., but this time in the racing capital of Charlotte, North Carolina. He again headed north in search of his next best racing opportunity, but kept hold of the opportunity he had in the NASCAR PEAK Mexico Series. It was time well spent.

From 2012-2014, Suárez won 10 races in the NASCAR PEAK Mexico Series, which included a run of five victories in 15 starts during his final season. Those wins bolstered Suárez’s presence in the NASCAR K&N Pro Series as he continued his stateside commute to compete in the feeder division to NASCAR’s national touring series.

Suárez competed in a partial NASCAR K&N Pro Series East and West schedule in 2012, running a total of 10 races with a best finish of third in the March 3 Pro Series West race at ISM Raceway near Phoenix. Suárez’s persistence paid off in 2013 when he was selected to participate in NASCAR’s Drive for Diversity program. His talent earned him a K&N Pro Series East ride with Rev Racing. By the seventh race, Suárez earned a runner-up finish at Langley (Va.) Speedway. Then in six of the series’ last eight races, he finished third or better, including a maiden win at Columbus Motor Speedway. He ended the year a strong third in the championship standings.

Suárez opened the 2014 season with two Pro Series East wins – Feb. 16 at New Smyrna (Fla.) Speedway and two days later at the Battle at the Beach, a temporary oval course along the backstretch of Daytona (Fla.) International Speedway. Suarez’s Battle at the Beach victory – where he led 119 of the race’s 150 laps – caught the attention of JGR. It earned Suárez a contract with the established NASCAR team.

Suárez’s career took off in 2014. Already running a full slate of NASCAR PEAK Mexico Series races, he commuted to the states and competed in 13 Pro Series East races. Suárez also made his Xfinity Series debut April 25 at Richmond (Va.) Raceway, finishing 19th in a JGR entry. An ARCA debut followed on Sept. 19 at Kentucky Speedway in Sparta, where Suárez finished fifth after leading twice for a race-high 39 laps. On Oct. 13 at Talladega (Ala.) Superspeedway, Suárez made his NASCAR Truck Series debut, finishing a respectable 15th.

The achievements led to a full-season Xfinity Series drive with JGR in 2015. Three poles along with eight top-fives and 18 top-10s with a total of 83 laps led allowed Suárez to finish fifth in the championship standings and earn the series’ Rookie of the Year title.

Suárez delivered on the promise of that 2015 season with a championship performance in 2016. He won his first career Xfinity Series race June 11 at Michigan International Speedway in Brooklyn, becoming the first Mexican-born driver to win a NASCAR national series race. He captured another victory in October at Dover (Del.) International Speedway before clinching his championship with a decisive win in the season finale at Homestead-Miami Speedway, leading seven times for a race-high 133 laps. Augmenting those wins were three poles along with 19 top-five and 27 top-10s with a total of 347 laps led.

In 2016, Suárez also secured a victory outside of the Xfinity Series. He won his first career Truck Series race Nov. 11 at Phoenix as part of a 13-race schedule with Kyle Busch Motorsports where Suárez tallied three top-fives and six top-10s with 219 laps led.

When Suárez is not behind the wheel of a stock car, he is often found cycling near his home in Huntersville, North Carolina, or around racetracks during the season. The health conscious Suárez also maintains a healthy diet and enjoys working out and restoring old cars.

Go Back to About Daniel